Wow!  Yes it is December already!  Scary Stuff.  Work on the house has been pretty slow since we got back from Mareeba. The heat and being unsure of what is suppose to happen with tiles, bathroom needing inspection etc. etc.  Ron was away in the Philippines for 3 weeks.  Also last weekend we had a bit of an episode with a bush fire at Ron’s farm.  Tui had been to town to pick up a few things and didn’t like the look of the smoke he saw on the way back so it was into Ron’s Ute and off to investigate.  Luckily he did, fire was getting close to Ron’s shed/house and he was able to point the fire brigade in the right direction. 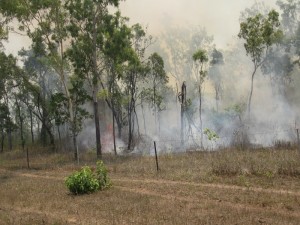 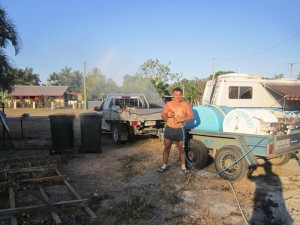 Check out the safety clothing! On standby till midnight one night and many visits to the farm resulted in successfully saving the most important aspects of Ron’s farm.  Also with the slowing of work we have managed to see a few sites around Townsville.  Went for a drive to town and discovered they have really good markets on a Sunday.  Unfortunately we arrived as everyone was starting to pack up around 1pm.  Must go in again another Sunday. Drove up Castle Hill, which is right in the middle of town and the views are fantastic. 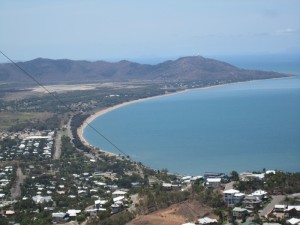 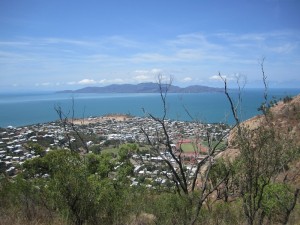 Four photos later and the battery went flat on the camera, so it was back to Tiki Tourer to re-charge.  The following weekend we took 4wd track out to the coast at Chrystal Creek. 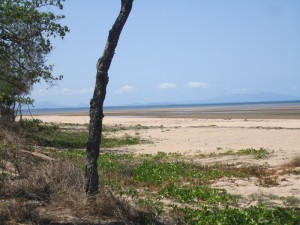 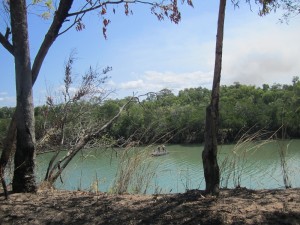 Then onto the Paluma Range, which is only about 52kms from Bluewater.  Paluma is a township of around 25 permanent residents in the Mount Spec ranges of Townsville‘s heritage-listed Wet Tropics. Paluma was developed from a mining and forestry background. The first people to arrive here were tin prospectors in the 1870s after an abundance of tin in the mountains. The area remained isolated until a road was built up the range in the 1930s. This industry lasted for years until landowners worked together to shut it down. The tin industry was using the creeks for washing the tin, however this was incompatible with using the creeks for the Paluma’s water supply.  The road is fairly narrow, steep and windy.  Tui loved it. 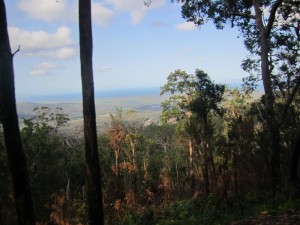 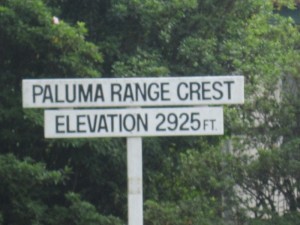 The Little Chrystal Creek Bridge is a stone-faced arch bridge in the Mount Spec Ranges built in 1933. It is the only arch road bridge that remains in service in Queensland. Crystal clear water flows down the creek filling the deep pools of Little Crystal Creek, making it an excellent natural swimming hole. 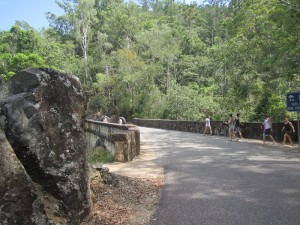 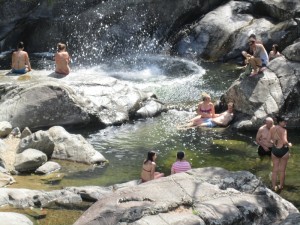 We watched people jumping off the rocks into pools of water.  Note the splash in the pool above. After passing through Little Crystal Creek we proceeded through Paluma and onto the Paluma Dam. Stopping at Little Birthday falls. 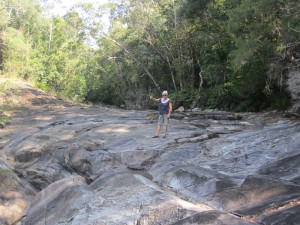 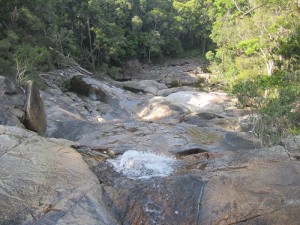 The Paluma Dam is a great spot to camp but not a good road or space for Tiki Tourer.  Paluma Dam, or Lake Paluma as it is known, is a World Heritage listed dam nestled among the rainforest. It has a capacity of 11,800 megalitres and is used to supply Townsvilles drinking water. 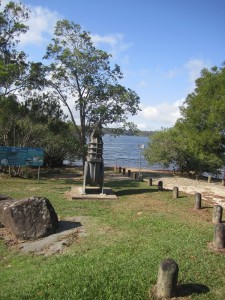 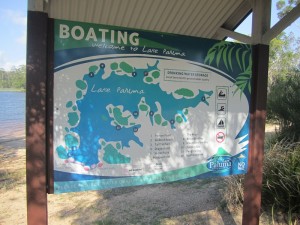 On the way back we decided to call into the Rollingstone Tavern for a Beer.  Ended up having tea there and met up with some fun Kiwi’s and Tui played Pool all night.  Good company and a good night!

This week has been pretty quiet except for the birth of the 1st Granddaughter, Ella Jane Morgan, born on Monday 26th November. Amie & Ella both doing well as is Jeff looking after Max. 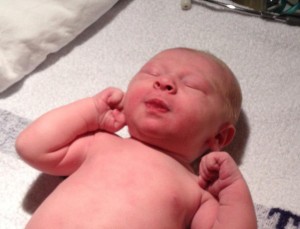 Jude went to her 1st Market this morning, just down the road, to try and sell her funny signs, calenders & bookmarks.  Won’t make a fortune but sold a few, got some great comments and learnt a lot!!

That’s about it for now, until next time “Laugh more, live longer”