After spending a couple of nights with our Mates, Jock & Annie, in Charters Towers, it was time to get Tiki Tourer’s wheels rolling again. We set off, heading towards MacKay, our first stop being Alva Beach. Alva Beach is located on a spit of sand that extends 20 km northward to Cape Bowling Green. The beach lies immediately north of the shifting mouth of Plantation Creek, one of the five Burdekin River entrances, and extends for 4.5 km to where the small Alva Creek crosses the beach 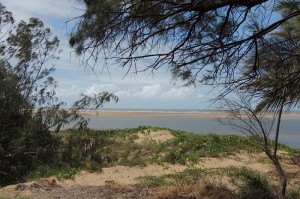 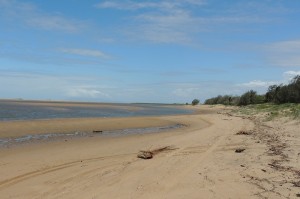 Parked in a great spot and Tui had a bit of a rest. Towards late afternoon in came the mosquito’s and they were really bad!  So it was time to pack up and move on.  Mosquito’s love Tui! 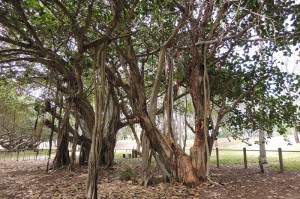 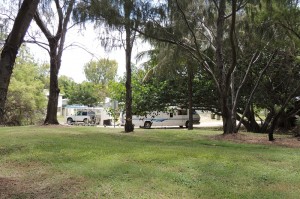 Home Hill Comfort Stop, about an hour south of Townsville, was where we headed. Home Hill is connected to its neighbouring town Ayr by the Burdekin Bridge, which spans over the significant Burdekin River. Over the seasons, this river changes from a quiet stream with exposed river rocks to a mighty river, rising by many metres during the wet season. 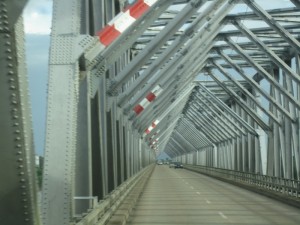 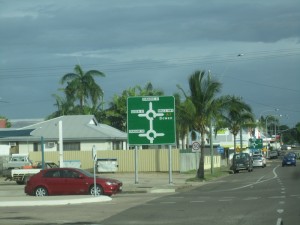 The free camp at Home Hill is right in the middle of town and there is much more than just toilets. It also includes free HOT showers, parenting facilities, two electric barbeques, sinks, large stainless steel bench, and eating areas. Power points are also available to recharge your mobile phone and laptop with seating in the huge undercover kitchen area. There is also a laundromat next door. The only down side was that it was a bit noisy. 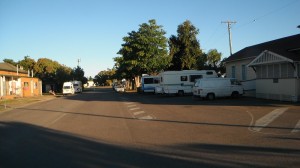 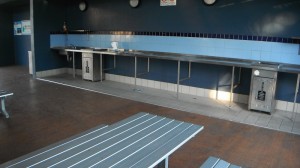 Motor homes, caravans and campervans are allowed to stop for 48 hours in Railway Avenue at the rear of the comfort stop. A black water dump for RV’s is nearby. All this is supplied with a smile. All the town asks is that you buy your supplies in town if possible and explore its district. We had a delightful night at the Commercial Hotel, sharing a seafood platter.

Sugar Cane is widely grown in this area. The Inkerman mill crushed the first crop in 1914. 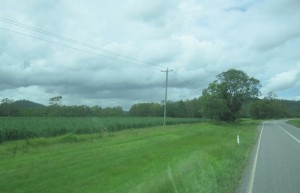 Drove further south to Bowen.  This was a very friendly town. We were really feeling the humidity so purchased a fan.  It has made a huge difference to our comfort. 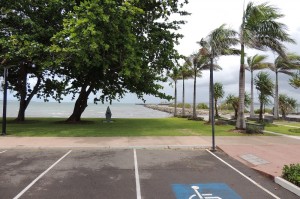 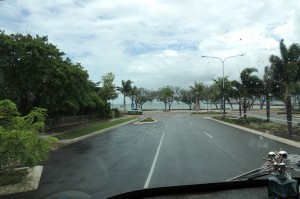 We had a good look around and decided to stay at the Bowen Palms Caravan Park with the luxury of power and air conditioning! The owners were great.

Left the park around 10am next day and drove out to Airlie Beach.  Airlie Beach is a tourist destination, extremely popular with backpackers. Its beach is small and the sea is inhabited by marine stingers, the box jellyfish from November to May. In order to provide somewhere for the visitors to swim, the council, has built a swimming lagoon on the foreshore. The Lagoon is 4,300 m2 and 4.5 million litres of fresh, self chlorinated water. 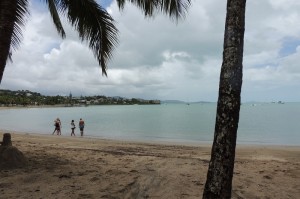 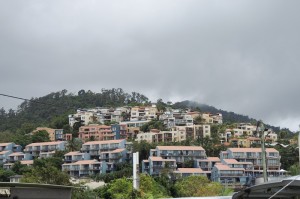 The town is in the Whitsunday region and is one of many departure points for the Great Barrier Reef. The 74 islands of the Whitsunday Island group are mostly un-inhabited National Parks. Less than a dozen are homes to resorts to suite all tastes. 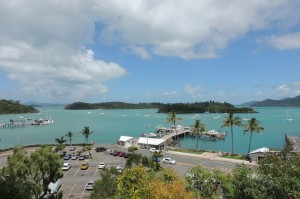 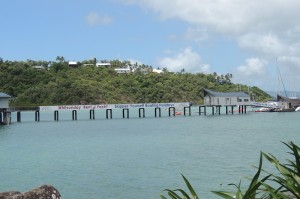 The Whitsunday Islands escaped the worst of cyclone Yasi, which hit in 2011, except Dunk and Bedarra islands.  We understand that Dunk Island is still closed. 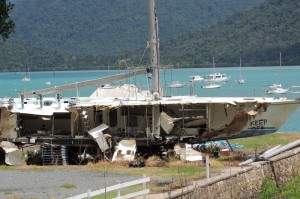 We presume this was one of the casualties.

We had been told that Cedar Creek Falls was a lovely place to stay.  Unfortunately we missed the turn off and had to travel quite a distance before we could turn around, so decided to keep going to Seaforth and visit another time.

We stayed at the Seaforth Camping Reserve, at $22 a night without power we thought it was a little expensive as we only paid $28 a night at Bowen with power.  However we were right on the beach, 45 km north of Mackay along the Seaforth–Yakapari Rd. It has coin-operated showers. Camping attendants visit the site daily to collect fees. 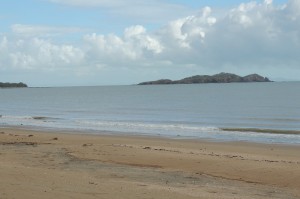 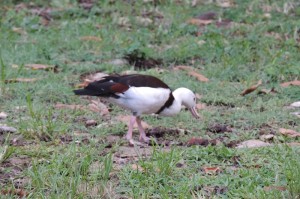 We met a lovely couple from New Zealand.  They have purchased a Motor Home with 2 other couples and spend 3 months at a time traveling Australia.  Apparently they drew straws to see what time of year each of them have the Motor Home.  A great idea!  A wide variety of birds visited us while at the camp. 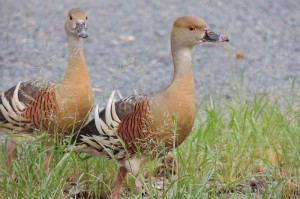 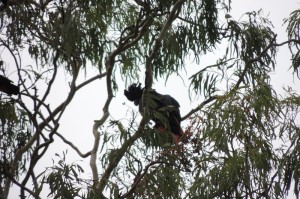 A sign at the entrance of the Camp read “Bowling Club Open for Meals”. As we have previously visited Bowling Clubs in South Australia, getting a great meal at very low cost we decided to go there for dinner.  The South Australian Bowling Club meals are cooked by volunteers, however this one was run like a proper restaurant and was quite expensive in comparison.

Just a short drive down to MacKay the next day.  Parked up for lunch at Shoal Point. Tui had to back Tiki Tourer and trailer out of the road as it was a dead end.  Then our great GPS didn’t recognise a new road and sent us to a dead end.  With Tui’s great driving skills we were soon back on track. 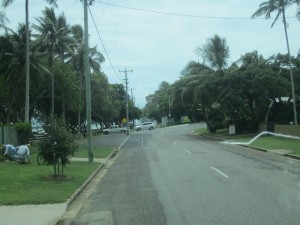 Our mates Anne & Matt, that had rented our house had moved to MacKay so we decided to visit them.  No one home so left our card at the door.  We found out later that they had moved to Dysart the weekend before.  It was now time to find a camping ground and settle in and look for work.  That proved to be harder than we thought.  After a couple of hours we finally found a park that would take us in.  The last one left to ring out of 5 Parks!!

More in the next Blog!  Until then “Laugh more, live longer”.