Well it is that time again!  Close to the end of yet another month!!!  As you can see by the heading we are still in MacKay, so not much has changed!!  The Cane crush has just finished and now Tui is doing what they call “The Feedback”.  They feed the Mill with Bagasse so the boilers keep going to produce power to feed into the grid. 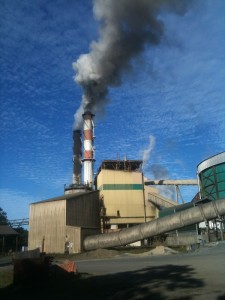 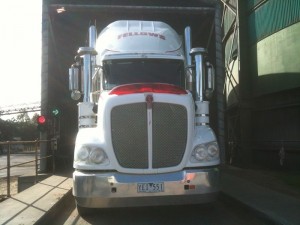 For every 10 tonnes of sugarcane crushed, a sugar mill produces nearly 3 metric tonnes of wet bagasse, the fibrous material left over after juice is extracted from sugarcane. When burned by a sugar mill, this usually produces more than enough electricity to power all of the mill’s operations.

Mackay Sugar Limited’s Racecourse Sugar Mill generates 38 MW of electricity from boilers primarily designed to incinerate bagasse. Around 27 MW surplus to Mackay Sugar’s requirements available to be exported to the grid via a 5.4km high voltage interconnector constructed by Ergon Energy between the mill and the existing 66kV Pioneer Valley/Glenella line.

Our mates Sydnie & Don have now also left MacKay and have headed to Tasmania for a much needed and deserved break. No more Road Trips for Jude!!  The day before they left, Sydnie took Jude out to the farm where Don was working and she got to ride in the Harvester & Chaser Tractor.  Really interesting with Charlie (Don’s boss) giving a detailed explanation on the Cane industry! 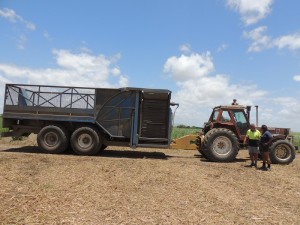 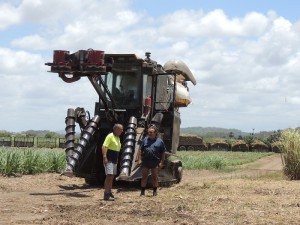 The week before they left we had a Pizza Night at the Caravan Park and Jude made her “Chocolate Mud Cake”  Unfortunately the only photo that wasn’t blurry was the one with Tui cutting the cake.  Sign said “Happy & Safe Travels Everyone, till we meet again”  followed by the following graphic. 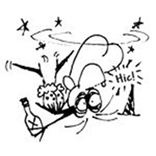 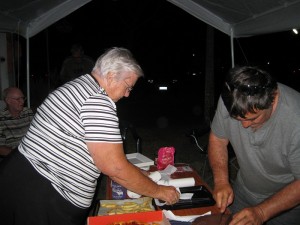 With a few Drivers leaving, Darren came up from Deniliquin for a couple of weeks.  While he was here Tui & him had a bit of a tidy up of all the branches that we had to cut to get Tiki Tourer in.  The tree is now in flower and although it makes a mess, it looks quite spectacular. 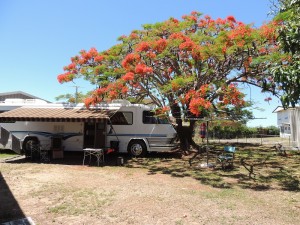 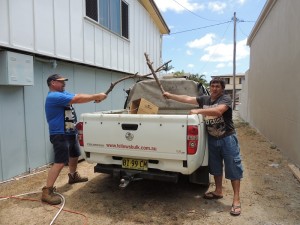 Darren worked night shift and had an unexpected night off so he suggested we go to Angelo’s for Dinner.  Fantastic Jude gets a night off cooking!! Darren wanted to pay as a thank you for Jude, baking and cooking the Sunday Teas but Tui beat him to it.  A couple of days later he got him back by handing Jude a Cake Mixer, red wine and a bottle of Marsala so that she can make her Veal Scallopini & Tui a box of Beer & a bottle of Bourbon.  We were a bit overwhelmed really.  No more beating by hand.  Yipee!! 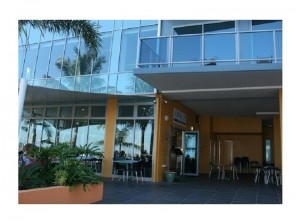 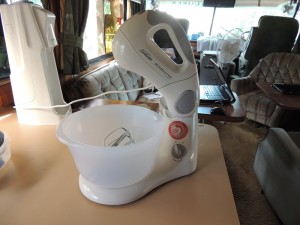 We had been wanting to check out Lake Elphinstone, a free camp about 92kms west of MacKay since arriving here so when Tui had a Saturday off work we set off for a drive. Calling in at the The Retreat Hotel which offers a selection of ensuited double bedrooms, ensuited single,  king single and bunk house rooms using communal bathrooms, on site laundry facilities, powered and non-powered caravan sites and free camping.  It is on the Peak Downs Highway 65kms west of MacKay, originally established around 1865. 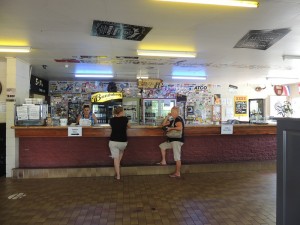 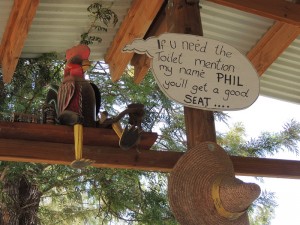 Function areas include the main bar area, undercover beer garden, a private “Bush Bar” and the “Party in the Paddock” shed. Live entertainment is regularly featured with two large covered stage areas with extensive lighting and sound systems available. Alongside the beer garden is a  mechanical bull which is well utilised by locals and visitors, a great place to chill out or lear up!! 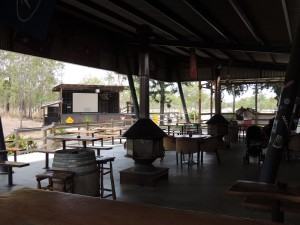 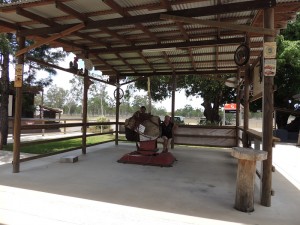 After a couple of drinks it was off to Lake Elphinstone. It is not signposted and we missed the turnoff which is the Sutter Development Road, at Nebo Junction. Ended up driving way past Nebo, turned around and called into the visitor centre.  Lake Elphinstone is a natural lake which once supported the town of Elphinstone – long since disbanded. 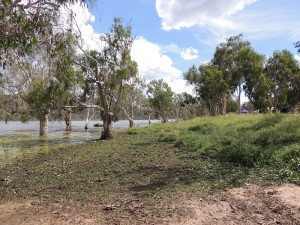 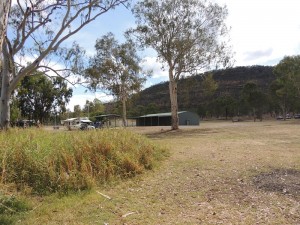 The camp site is on about 20 acres of cleared land right on the water. There are toilets and ‘donkey’ showers. Yep,  ‘donkey’ showers. We had no idea what that meant when we first heard it. There are two 44 gallon drums of water, one each for the men’s and ladies showers, at about 2pm people camping bring along some fire wood, and start the fire up under the drums of water. The water in the drums heat up, which in turn heats up water from the water tank up the hill that runs through copper pipes into the drum of boiling water.  The water is gravity fed from the water tank up on the hill, through the pipes then out of the shower head.

Our photos don’t really do it justice.  Must take Tiki Tourer out there one day and have a few days break.  We drove on out to Glenden, a small mining town located a further 29kms past the Lake. It was established in 1982 to house the employees of Mount Isa Mines Limited who were developing the Newlands Mine. Today, mining is still the main industry in the town with grain, cattle and cane farming also popular.  Looking at the map it seemed that we could do a full circle and come back through Eungella National Park, however after making some inquiries we were advised that the road was pretty impassable, much to Tui’s disappointment as he was all for some 4 wheel driving! We will have to go out there another day on a normal road!!

We have been a bit slack with our photos, must make an effort to take more!!

Well that’s about it for now!  Until next time “Laugh more, live longer”!!!

One Response to MacKay – November 2013