Quite a lot has happened in the last month!  First of all we had the Rodeo!  What an extravaganza that was.  The grounds were full of Motorhomes, Caravans, Tents, side shows, rides and of course the fan fare of the Rodeo. The weekend kicked off with a parade up the main street.  As Tui was working, Jude went into town for dinner with friends from the Park prior to the parade. 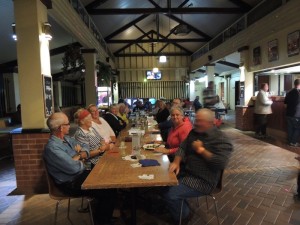 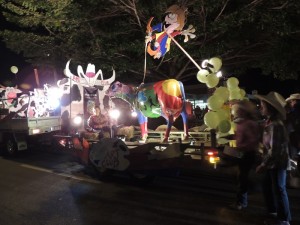 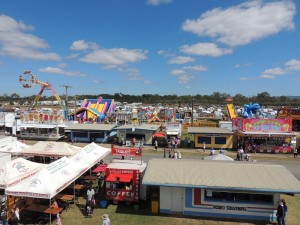 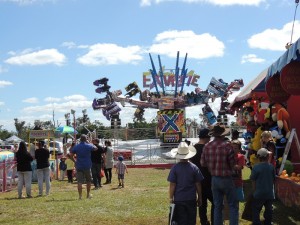 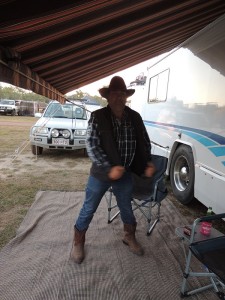 Tui dressed up for the occasion!  Quite an experience as it’s the 1st Rodeo we had been to in Australia.  Sunday night everything was packed up and we were back to normal.

Jude has been on a couple of outings, including Yungaburra & Tolga markets, a trip to the Strawberry Farm (yum!) and to the Icecreamery where they make their own ice cream. Jude’s mate Sandra below. 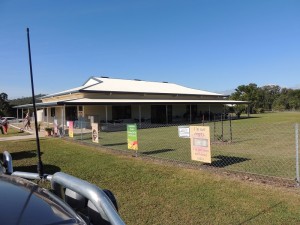 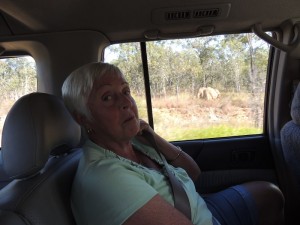 Tui has a dream to become a Microlight Pilot!  Off we went down to Port Douglas for his 1st flight & he loved it. The aim now is to get his license and buy one!! 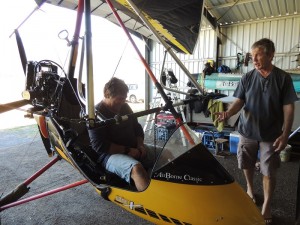 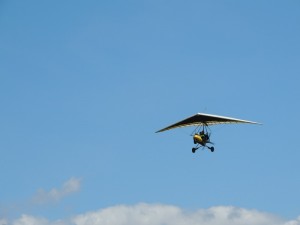 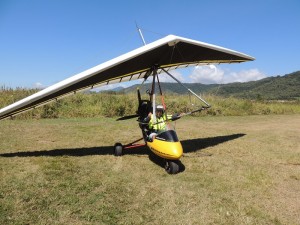 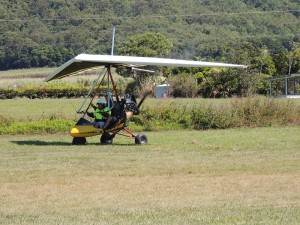 After the flight we decided to go for a drive further north, calling in on Newell Beach, Wonga Beach & the Daintree Village. 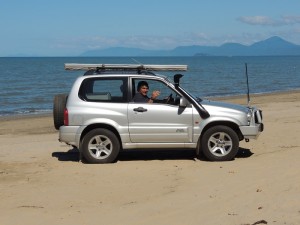 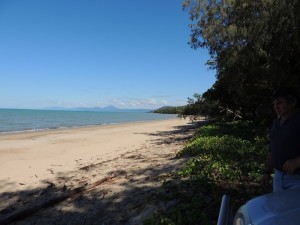 Pub lunch at the Daintree Pub at 3pm before heading back. 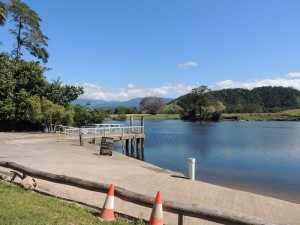 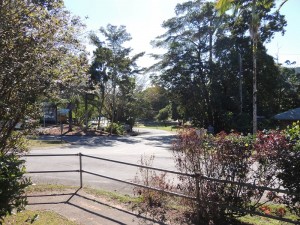 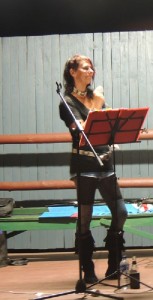 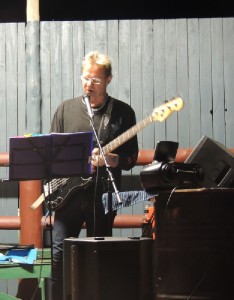 Our mates Lill & Rob (Kiwi’s) regularly sing without pay at the Bull Bar.  Pretty good too!

We had a lovely surprise a couple of days ago!  Phillip & Phillippa, a couple from Christchurch, who we met at Mary Pool free camp in Western Australia in August 2011, were over on holiday, staying at Trinity Beach. They checked our Blog to find out where we were and called in for a cuppa!  It was fantastic to see them and we were extremely honored that they took the trouble to seek us out. 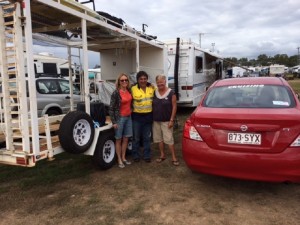 Now the plan was to move to Mossman as the depot at Mareeba was closing down and we had found a farm to camp on for $80 a week.  This is only a couple of kms away from where Tui was to have his flying lessons. As most of you know our plans tend to change and Tui had a bit of a mishap at work. While shifting trucks around in the Mossman yard, which was absolute chaos because of the amount of trucks moved there, he clipped a carriage with his wing mirror. Apparently the door had been previously damaged and the wing mirror tightened so much that it didn’t spring back and the top of the door peeled off. 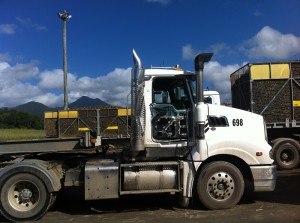 The result being no more job!!  Several people stood up for him saying he was one of the best drivers and that he shouldn’t get the sack as it really wasn’t his fault but that didn’t change the mind of the decision maker!  To top it off, Jude hurt her back but with the help of Nurofen & Horse Gel it is coming right.  Lots of ribbing though!!

We had an awesome joint meal last night, about 20 of us, around the fire!  Sandra & Nev  and Myree & Darryl, who have been here for quite a few months, left today.  A very sad camp as they had made lots of close friends.  Jude will really miss Sandra!  Sorry no photos!

What now?  Who knows!!  Tui will have a bit of a break and as we are still waiting on our new awning we will stay here until that is done, probably a couple more weeks.  We will keep you all posted!!