Well missed writing a Blog last Month so we thought we had better update you all.

Another standstill for the trailer as we had to fly back to Perth for 2 weeks to sort some things out.  We were so busy while we were there we didn’t get a chance to catch up with many people, great to see the ones we did and great to catch up with family.  We were astounded at the amount of building that has been going on in the three years we have been away. Suburbs all the way to Yanchep now. 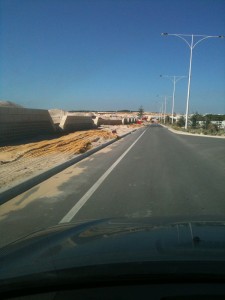 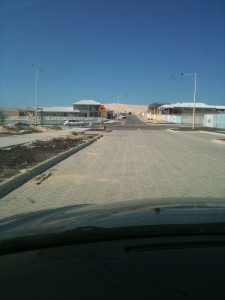 Jude’s son lives in Alkimos, one of the most northern suburbs, that was our base while we were there. Alkimos, a coastal suburb located 42 kilometres north-northwest of Perth’s central business district, is named after the shipwreck of the Greek freighter Alkimos  which ran aground on the coast nearby in 1963.  Only a small section of the shipwreck is now visible. The foreshore has been developed with terracing, large grassy areas and showers on the beach.  Very impressive! 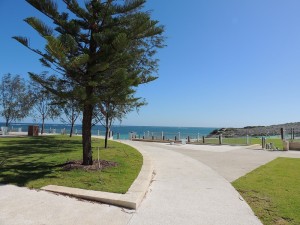 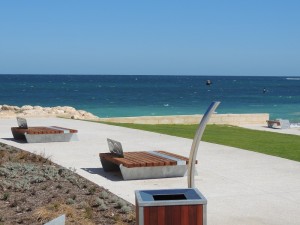 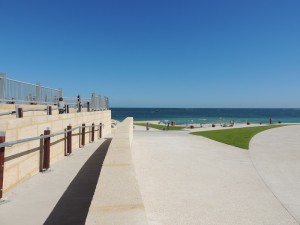 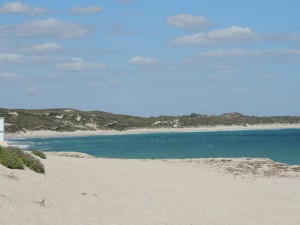 While we were in Perth we had to drive down to Scarborough to meet with our Property Manager, new tenants required in our house! Such a lovely day we decided to have lunch over looking the sea. Beaut spot!!  Scarborough Beach is an entertainment precinct with restaurants, bars and a nightclub. Since 1999, the local council has developed a strategy for issues including traffic, parking, zoning, coastal landscape and recreation.  One of the issues was whether or not to allow further high-rise development on Scarborough Beach. The 24-level Observation City hotel development (now Rendezvous) had been very controversial in the 1980s and proceeded despite a long and intense public campaign against high-rise beachfront development. Perth businessman Alan Bond, who built Observation City, had ambitious plans to convert the entire Scarborough Beach “strip”. After securing most of the real estate his plans failed to proceed due to an inability to purchase the family owned fast food restaurant Peter’s by the Sea (great Kebabs!). The restaurant, still present today, refused to sell despite Bond making inflated offers on the property, and has taken on historical significance with the locals ever since.  Subsequent amendments by the City of Stirling have specified a height limit of eight storeys. 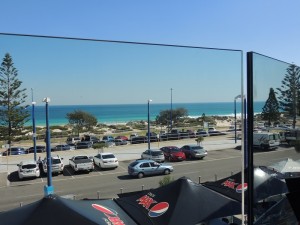 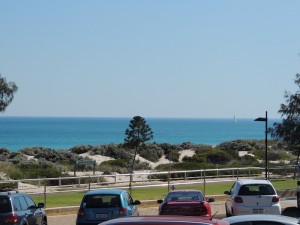 As mentioned in our last Blog our air con units gave up the ghost.  Tui managed to find some American ones in Victoria which would not need extra wiring.  The plan was to get them delivered to Deniliquin, Fellows Bulk Transport yard, as there are 2 trucks coming up to MacKay for the Cane season.  Unfortunately StarTrack, the courier Jude’s work uses managed to put a Fork Lift through one, dropping the second one, then refused to pay for them!!  Tui got straight on the phone to see if they had any more but unfortunately not!  Not happy!!!

We had forgotten how beautiful the sunsets are in WA.  Fish & chips on the beach at Quinns Beach one night (no camera) then the following evening we went to “The Boat” in Mindarie for dinner with our lovely friends and now ex tenants “The Snowdon’s) 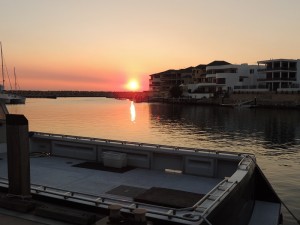 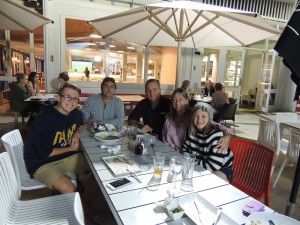 Bit disappointed that more photo’s weren’t taken while over there!  Bit of a stressful trip! Not even photos of the family except Blair and his scooter!  Hayden, we had to pinch one of Cam off your facebook! 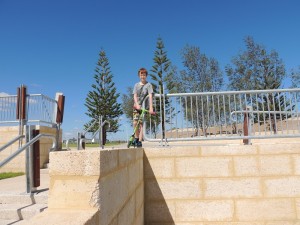 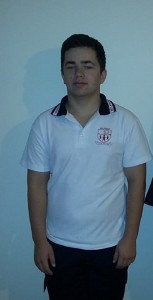 Since we have been back work has started on the trailer again, however Tui has had a few days helping in the shed and we have had some lovely surprise visitors!  Anzac Day Dot & Rob (Mossman) arrived after lunch then we had just got into the swing of happy Hour when Rob, Lil & Bec (Mareeba) pulled in for the night!  Greg & Marg (Walkamin, Tablelands) arrived a few days later and stayed 2 nights.  As Gavin & Vanessa (Mossman) had also arrived in town we had a nice night out to dinner at the Astral Hotel with Gavin, Vanessa, Dot, Rob, Greg & Marg plus Gavin’s ex boss who is now in MacKay. So GREAT to see you all!  Friends forever!!

Tui has cut out the floor of the trailer and laid it down so that we could do the “big check” to see if the Microlight & Car fit!  Phew!  They do! However it is a tight squeeze to get out of the car once it is on the trailer.  We may move the side door! 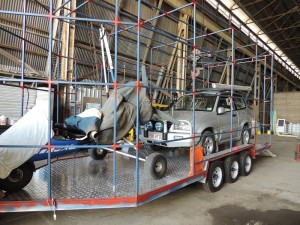 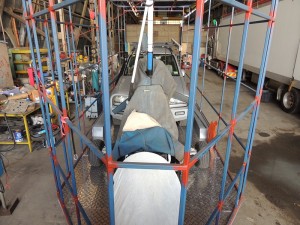 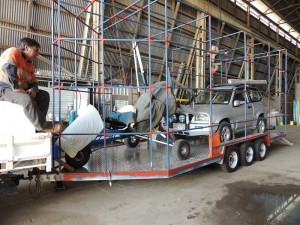 Big decisions on the best way to do tie down points for the vehicles!  The floor hasn’t been fully installed yet as Tui wants to weld his inside cupboards first.  Still a lot to be done!!

Think that is about it for now.  Until next time “Laugh more, live longer!”