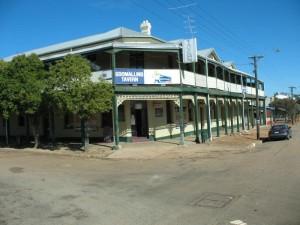 Arrived fairly late as usual and it was straight into the Camp Kitchen to catch up with the members.  Heard all about Topsy & Arie arriving in their new 5th wheeler, upgrading from their Coaster.  The members made a guard of honour as they drove in and apparently Arie got a little close to a Caravan and turned it around a tad with the people inside.  No damage but I guess a little embarrassing.

Heard this almighty bang in the morning around 7am, Tiki Tourer shook and we thought our awning had let go.  Tui lept out of bed. looked out the window and saw smoke coming from Paul’s Coaster.  I have never seen so many people move so fast.  Paul had knocked his gas on, went to make a cuppa and BANG!!  We now have a Gas Detector Alarm fitted in Tiki Tourer.  paul was taken off to hospital but was very lucky and had minor burns. 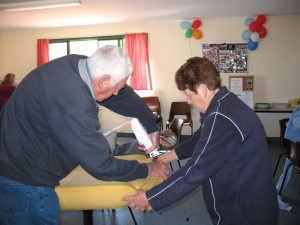 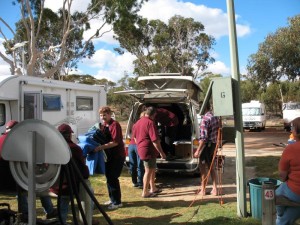 While Paul was away the group got stuck in.  The men fixed his pop up canvas and did the structural fixing and the ladies made new curtains, swab covers etc.  The local Op shop opened up and donated material etc. By the time Paul got back in the afternoon his Van looked a million dollars.

Saturday night was a fancy dress night and lots of fun.  It is amazing what food you end up with when you have a combined meal.  Better than any restaurant. 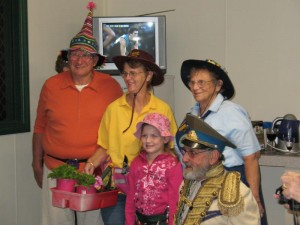 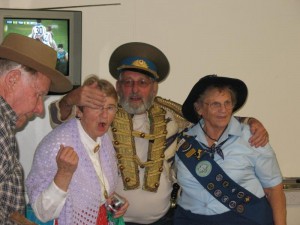 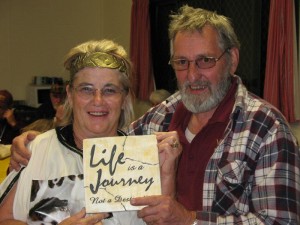 Dennis showed Tui a great trick with 2 golf balls, a club and a hat.  There was so much laughter, all had aching sides.

Disc bowls was also the order of the day. 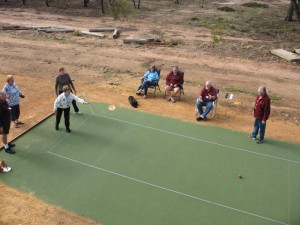 Headed home through Toodyay after a great weekend.