Wow another Month has passed us by already!! In our last post we explained about Tui getting his passenger license and trying for a job at Greyhound Australia, well after all the paper war etc. we still haven’t heard back from them.  He had also applied for quite a few jobs online.

However, Jude was chatting to a guy in the laundry at the Caravan Park and mentioned Tui was looking for work. Low & behold he said to take Tui’s CV to him and he would pass it onto his boss.  The very next day Tui was working.  It just goes to show that it pays to just get out there and talk to people! 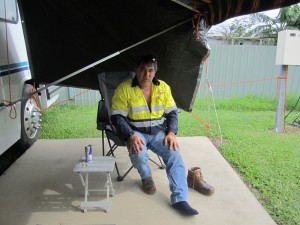 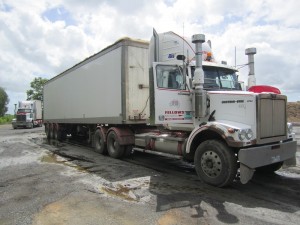 A very nervous Tui on his first day and the truck he is driving!  He is working at the Sugar mill and is carting Bagasse.  Bagasse is the fibrous matter that remains after sugarcane stalks are crushed to extract their juice. It is currently used as a biofuel  & is the primary fuel source for the sugar mill. When burned in quantity, it produces sufficient heat energy to supply all the needs of a typical sugar mill, with energy to spare.  It provides both heat energy, used in the mill, and electricity, which is typically sold on to the consumer electricity grid. 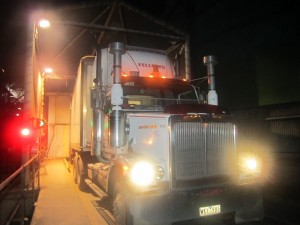 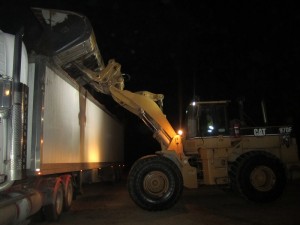 He has been leaving the Park at about 1.45pm and getting home just after midnight.  As we had previously bought tickets to a comedy show he worked 3 days then had the Saturday night off.  A group of us from “The Park” had dinner prior to the show.  A great night! 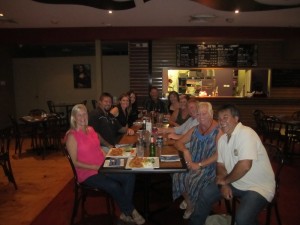 A long stint of work followed for Tui, working 4 weeks straight without a day off.  No “happy hours” for him but Jude has made quite a few friends in “The Park” who keep her occupied.

This last weekend Tui had a couple of days off.  It was his brother, Furlyn’s 40th birthday at Finch Hatton. Approximately 60kms west of MacKay, a rural town of 270 people.  With the closure of the mill the town has found some compensation in bushwalking and tourism in the Eungella national park, which includes the Finch Hatton gorge. We took Tiki Tourer out but not the trailer and stayed at the Showgrounds, hence we didn’t get to see the gorge, another time maybe. The Showgrounds are directly behind the Criterion Hotel and it is a great camping spot at $20 a night for a powered site. 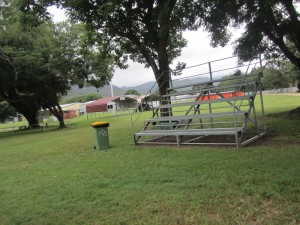 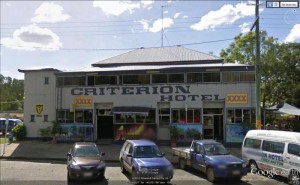 It was a fantastic weekend and great to get out of “The Park” for a couple of days. It all kicked off with a Barbie on the Friday night.  Tui’s brother Haut & family drove up from Brisbane, a 12 hour drive, and brother Patrick & Carla flew over from NZ. Great to see them all after all this time. We had a bit of a session at the local pub after the Barbie so quite a late night.

Saturday was all go getting organised for the party. Of course there was the typical New Zealand “Hangi” to do. For those of you who don’t know what a Hangi is, it is the traditional Maori way to cook food. Traditionally it involves digging a pit in the ground, heating stones in the pit with a large fire, placing baskets of food on top of the stones, and covering everything with earth for several hours. The stones in Australia do not appear to hold the heat as the ones in New Zealand so these were substituted with heating up irons and instead of the hard work of lighting a fire Gas burners were used. 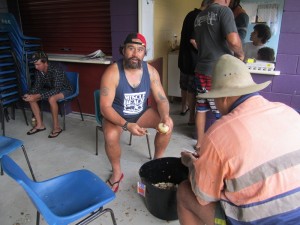 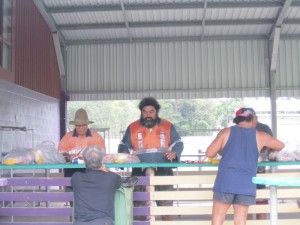 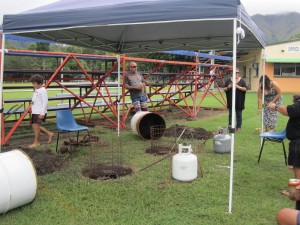 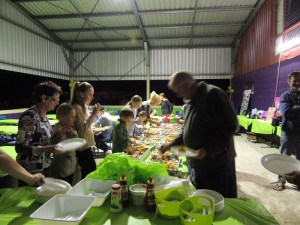 The Hangi contained a huge variety of meat including pickled pork, chickens, Mutton, Corned Beef plus potatoes, sweet potato & pumpkin.  Sasha also cooked fried bread & potato bake. The food was fantastic and the live band was awesome!  Haven’t danced so much in ages. 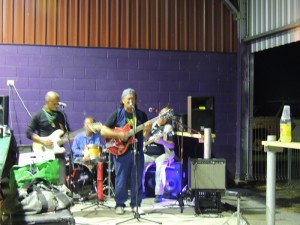 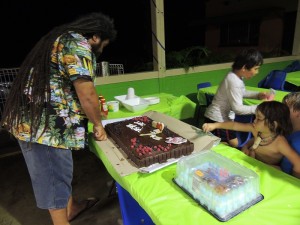 A huge Chocolate Mud Cake for desert!! It was 2 of Furlyn’s children’s birthdays the same month so we had cake & sang for them too.  All in all a fantastic weekend! The only down side was we had lots of rain.  We had thought that the weather had at last settled and have had some nice fine days but it looks like we are in for at least another week of rain.  Bummer!!

Sunday we caught up with Haut, Kerry & Family and Pat & Carla, had a lovely Brunch at the Finch Hatton Store. All too soon it was time to head back to “The Park” and as luck would have it the rain stopped for our trip home as we are still having issues with our wipers on Tiki Tourer.

We had only just parked on our site and we had an influx of our friends from “The Park” come over to welcome us back and have a few drinks.  Nice one guys!!  This week Tui is busy cleaning up the trucks and is working a normal day shift. The Cane crush is getting closer so no doubt there will be more long days ahead of him.  More about that in the next post.  Until then “laugh more, live longer”