OMG!  Where has the last month gone?  5 months and still in MacKay!  However we have moved from “The Park”.  It has been a real experience for us living at a Caravan Park for over 4 months.  As most of you know the maximum time we have previously stayed in a Caravan Park has been 2 nights. 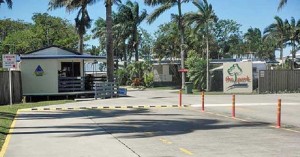 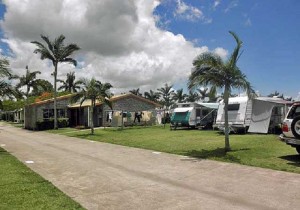 A mixture of feelings when we packed up.  Great to move at last but sad to leave some great friends.

We have moved to East MacKay right by the beach on the block of the Fellows House, the company that Tui works for.  It was a tight squeeze and it took Daniel and Tui nearly an hour to get the trailer in with the work Ute.  Maneuvering around the tree & clothes line was certainly a challenge and a little pruning was necessary! 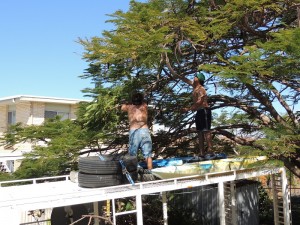 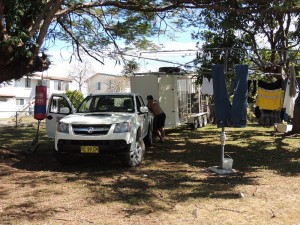 Tiki Tourer drove straight in and although the gateway is not that wide we were soon settled. 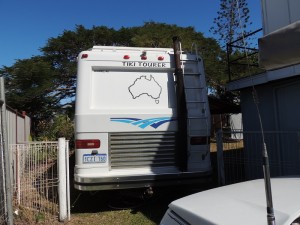 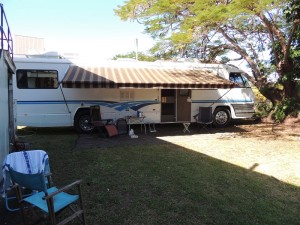 We do get a little peak of the sea from Tiki Tourer and Jude has lots of nice places to walk now. 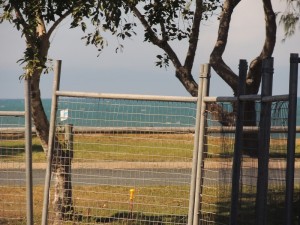 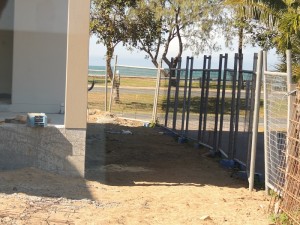 Ange, her daughter and 1 year old grandson were here so of course one of the first things Tui had to do was find the bubble gun and have a play. Then it was trolley making, swing on the clothesline and trying to teach him to walk with a stick.  Don’t know who had the most fun. 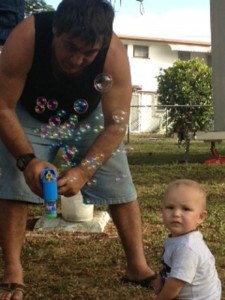 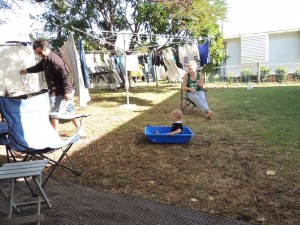 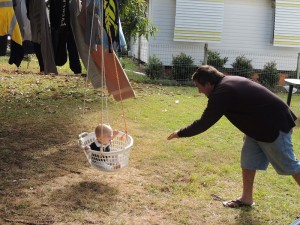 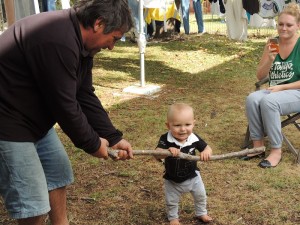 Unfortunately they have all gone back to NZ and we miss them heaps.  We are all Kiwi’s at the house and they are all good sorts so it just made sense to hoist a Kiwi Flag. 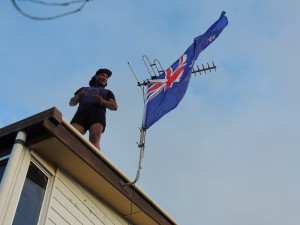 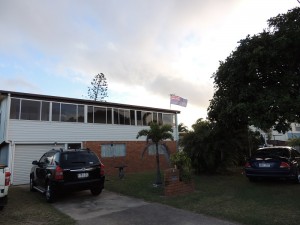 We still can’t go and do much as Tui never knows if he is working or not until around 5am with a 6am start and there is no set pattern of days off either.  It all depends on how many trucks the Mills require on any certain day and it fluctuates a lot. Bit frustrating but that’s the nature of the job.  Tui is usually on day shift although now & then has to work into the night.  Two of the other boys normally work night shift so there are comings and goings at the house all of the time.

Jude has been cooking tea for the boys on a Sunday and doing the odd bit of baking, which appears to be greatly appreciated.  It was house inspection day last Friday so it was all hands to the deck to make the house spick and span and get the lawns done. 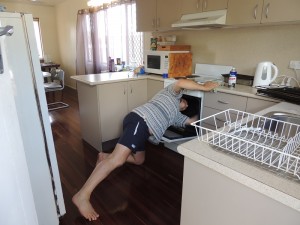 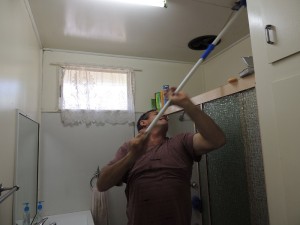 We had another member of the house leave this morning, Garry has gone back to Dunedin. Great guy and lots of laughs.

The weather here has been quite good, the odd shower but no humidity.  Temps range from lows of 8 to highs in the low 20’s.  Quite pleasant.

We that’s our update for now.  Until next time “Laugh more, live longer!”