Well it certainly is hard to believe that Christmas Day is next week and that 2013 is almost behind us. What have we been up to this last month, well it has been mainly work.  Rex & Tui did have a rare weekend off together so we all went for a Tiki Tour in the Ute. Luckily for Jude & Tui, Rex said he would be designated driver so we could have a couple of ales along the way. 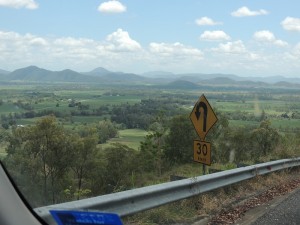 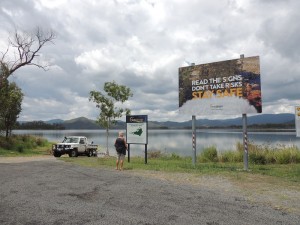 Heading west down the Peak Downs Highway & onto the MacKay – Eungella Road, the first stop was Teemburra Dam, 50 kilometres west of Mackay City on a fully sealed road, although pretty steep. The dam was constructed in 1997 to cope with the increasing demand for town water storage and irrigation purposes. The dam itself has a surface area of 1040 hectares, an average depth of 14.2 metres and holds 147 500 mega litres of water at full capacity.  It is stocked by a local fish stocking group MAFSA with Sooty Grunter and Barramundi. A 25 horse power limit applies to all boats with no water skiing allowed. A single lane concrete ramp is provided. There is no camping allowed at the dam. 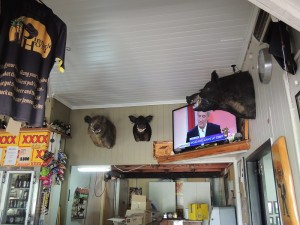 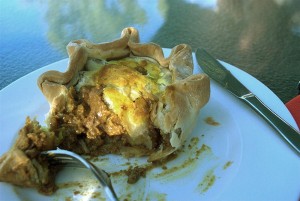 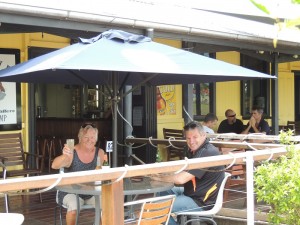 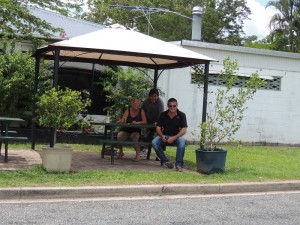 Next stop was at the historic Pinnacle Pub for a famous Pinnacle Pie (Yum) and of course a beer to wash it down.  Each pie is made locally on site in eight different varients. The Pinnacle Pie originated in the mid 90’s when the construction of the Teemburra Dam was being done.  The Pinnacle Pies were a creation of Fred and Wendy (the then Publicans) for the construction workers that were staying at the Hotel. The workers were looking for lunch while on the job and Wendy created the pies. During this stage they were known as ‘Wendy’s Pies’. The pub has changed hands a few times since then and the pies became the ‘Pinnacle Pies’, and have launched as a success ever since. 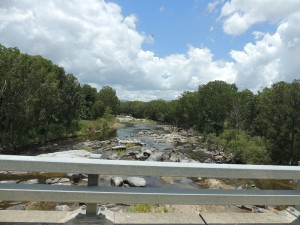 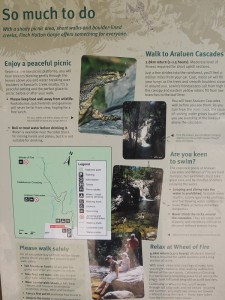 On the road again and this time to Finch Hatton Gorge.We had been to Finch Hatton earlier in the year but never got the chance to go to the Gorge as we had Tiki Tourer but no Suzuki. Waterfalls flow all year round, fresh-water swimming holes, wonderful walking tracks, Forest Flying and a picnic area complete with tables and public toilets.  Unfortunately we didn’t do any walks as Jude still has an Achilles problem and Rex a fused ankle.  Definitely must do another visit!

Tui’s brother, Furlyn, lives up the Gorge road and as we were heading back we spied a sign “The Marae” and figured it had to be Furlyn’s driveway so off we went.  He had told us it was 4 wheel drive only and he wasn’t wrong!!  Unfortunately we didn’t get any photos.  As luck would have it they were home so we spent about an hour with them.  Great to catch up. 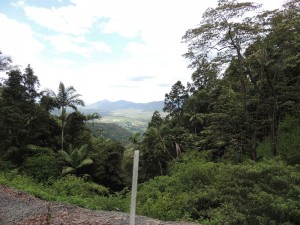 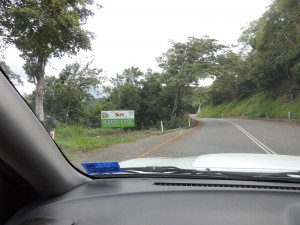 Further up the pioneer valley there is a long steep climb up to Eungella.  Spectacular scenery which reminded us a lot of NZ. At the top of the hill is the Eungella Chalet (Pub). We stopped to quench our thirst and watched carvings being created with a chainsaw, grinder etc. Amazing! 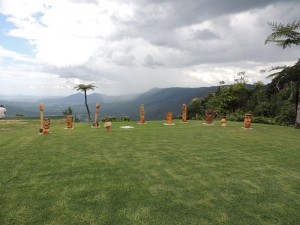 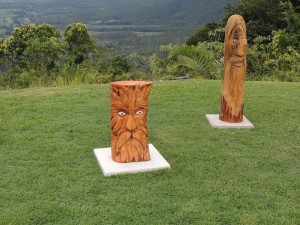 There is a Hang-gliding ramp for those who have their own hang-glider and pilot’s licence.  No hang gliding the day we were there though!  Of course Tui took the opportunity of using the ramp to take some great photos of the valley.  Luckily just before some clouds rolled in. 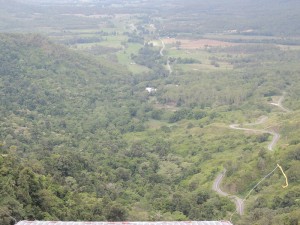 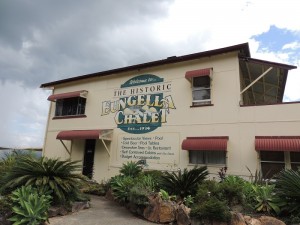 Approximately 30kms further on is the Eungella Dam.  There are literally hectares of space to set up camp as the camping area with amenities covers a massive area. The toilets are clean and the showers are good, although cold water only.  The honesty box asks for $5 per night.  A good spot to take Tiki Tourer!!  Another Dam that has been stocked with Sooty Grunter and Barramundi, however a permit is required. 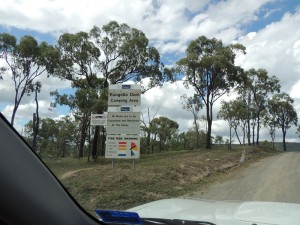 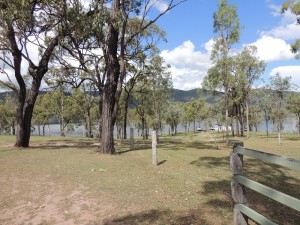 We then headed down Lizzy Creek Road, gravel, but a good road, and back onto the Peak Downs Highway just East of Nebo.  With only 14kms to MacKay we had one last stop, the Duke of Edinburgh Hotel in Walkerston, a rural town of 2600 people.  The Duke of Edinburgh Hotel (1882) is the sole surviving Hotel in its original building. The Queens (1886) was burnt down in 1943 and the Albion (1872) was burnt down in 1964. 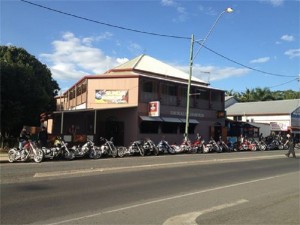 As most of you know, it is not easy to have a Christmas Tree in a Motorhome, but we manage to put out a little one.  Also this year Jude bought some Christmas lights to get into the spirit.  They weren’t expensive and look great. The photos don’t do them justice really.  It looks like the tree has had a few pre-Christmas drinks!! 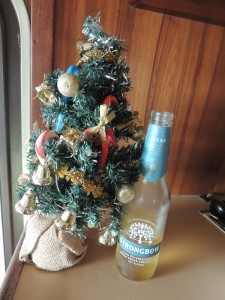 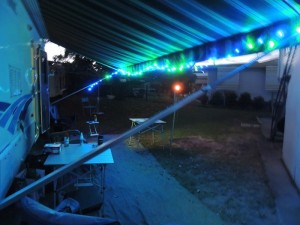 Well to sum up our year of 2013.  It has been almost a year of work!  A months visit to NZ in January, a few days with our Mates, Jock & Annie, in Charters Towers, a couple of stops on the way to MacKay, a weekend at Finch Hatton for Tui’s brother’s birthday & a weeks work at Home Hill.  We spent 4 months in a Caravan Park, a record for us, then moved to park at “The Fellows House”.  Still there! We have made life long friends in MacKay, both from the Caravan Park & the house & have had some real fun times along the way.

Christmas Day for us will be Champagne Breakfast at the house with Rex, with Glazed Ham with an assortment of salads later in the day, followed by Jude’s Christmas Pudding! Tui only gets 4 days off over Christmas but we are hoping to get a day to do a spot of fishing! 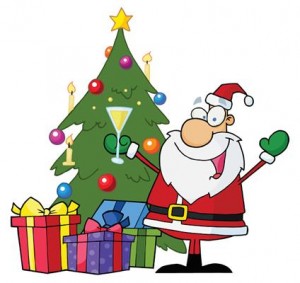 We wish you all an exceptional MERRY Christmas & hope that 2014 gives you all fun, lots of laughs, exciting experiences & much prosperity! Until next year “Laugh more, live longer!”